State residents' rights: on the ballot 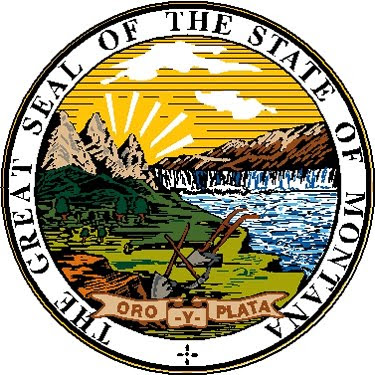 When Montanans voted Tuesday to abolish the outfitter set-aside big game licenses, they declared for all to see how seriously they take their hunting privileges.
--Great Falls Tribune, Nov. 4, 2010

Wildlife management is working through an interesting issue at the moment: how to 'value' wildlife. The history of wildlife management in North America includes a reaction to unregulated market hunting (i.e., bison, passenger pigeons, waterfowl, herons). This reaction led to a general doctrine of removing value from wildlife to protect them, which worked. Many species recovered.
The US gives 'ownership' of wildlife to the State, so that all residents of a state (quite literally) own all wildlife. And, the state government (usually through a wildlife management agency) is charged with managing wildlife in the state as a public trust...in the interest of the residents of the state.
Now, over 100 years later, a new paradigm has emerged---using direct value to manage wildlife. The idea is that private landowners often control much of the state's habitat, so the state can encourage management for wildlife if the landowner benefits from the wildlife. Texas, for example, has bitten on this idea and is chewing hard. Game farms, with fences that prohibit movements to neighboring lands, litter the landscape. Hunters with cash can find highly managed areas to have the hunt of a lifetime. The public resource is being used by private individuals---so, you can see why some don't like this trend.
Outfitters and guides fill a grey niche in the new paradigm. These entrepreneurs bring tourism to a state, and engage many out-of-state hunters. These hunters pay higher rates for hunting licenses, which benefits habitat conservation and research. Some outfitters/guides are landowners. Others operate with leases on private and public land. But, you can probably imagine the quandary of being an outfitter--your business only works if your hunters have licenses. For some species, especially big game like elk, bear, deer, or pronghorn antelope, licenses are limited...if the outfitter's clients miss the opportunity to grab a license, the outfitter can't sell a hunt.
So, to ensure that outfitters will be able to be viable businesses, some states have begun to provide outfitters with a guaranteed set of permits. This, of course, makes resident hunters scramble even harder for fewer permits that are left for them.
In the past election, a ballot initiative in Montana changed the way that permits are given out in that state. Now, outfitters and their clients are in the pool with everyone---no special treatment. As the above newspaper article notes: "This was another chapter in the continuing struggle over commercialization of a public resource."
What will change? Well, Montana residents have made their point pretty clear. They will be able to access their state's wildlife. But, this also means that many outfitters will probably go out of business. It also means lower incoming revenues for the state wildlife agency, which would make more money from out-of-state hunters than in-state hunters.
Stay tuned to this issue. It may be clear that Montanans do not want to be like Texans, but there is more of this story to play out, throughout the US. And, in Montana.
A parting note: the motto of the state of Montana is "Oro y plata". Translation: gold and silver. My bet is that gold and silver will have something to do with how this issue is resolved!
Posted by Larkin Powell at 8:37 AM