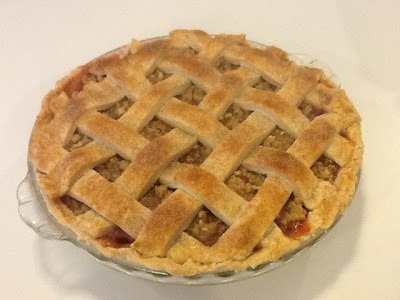 Yesterday was a nice, warm Saturday in eastern Nebraska, and our family trekked out to a local orchard to pick raspberries and apples.  By day's end, a pie featuring both fruits was in our tummies.

On the way home, we passed a billboard.  It was a billboard of the type that can be seen in the Great Plains states--which are 'redder' states, as a group, than anywhere else in the country.  We (speaking from the perspective of the majority) are conservative, we farm, and we are pro-life.  We put up billboards about all three.

This billboard was pro-life.  It was bedazzled with images of flowers, and it read, "Too many children?  That's like saying there are too many flowers."  Simple.  Effective.  I like flowers.  Why stand in the way of populating the world with more children?

The irony was that the billboard was standing in the midst of a cornfield.

Today's column by Alan Guebert (Farm and Food) commented directly on the problem not addressed by the billboard in a Nebraska cornfield.  Human population growth.

Guebert commented on the current "manifest destiny" arguments that we must bolster production of agriculture in terms of efficiency and quantity so that we may "Feed the World".  The argument centers around the projection that the world population will be 9 billion by 2050.  If you look back at my blog, you'll see that I commented on the possibility that recent evidence suggests we may not get that high, but that's another story....maybe.

Guebert's main criticism of the agriculture community is that we do not discuss world population growth--the "demand" side of the equation.  We only discuss the need for "supply."   He writes, "How do we in U.S. agriculture constantly chew over how much food the world might need in the future and never once get within a hoe's length of discussing population?"

He comments that one reason is that the conversation becomes very complex when you are discussing world population growth, so it is easier to avoid the discussion.  Just like the billboard--it's a lot more complicated than the cuteness of our kiddos.  Guebert asks, "Is that [the tendency to avoid the issue] stubbornness or arrogance?"

Guebert also quotes a study from the University of Leeds that estimated that women around the world have a combined 80 million unwanted pregnancies per year--which is nearly equal to today's annual population growth, worldwide.  We know that income, education, and women's rights play directly into that equation.  We also know that children in developed countries eat a lot more than children in developing countries--contributing more to the worldwide food deficit.

Yes.  For some families in our world, there can be too many children.  Sorry, Mr. Billboard.

Bringing this topic home (for me and other Nebraskans), the University of Nebraska has developed a Water for Food Institute.  We can hope that the Institute will contribute to the broader discussion, and perhaps erect a few billboards of their own.

How about: "Help feed the world: send your daughter to college and use a condom."

It is not as cute as a billboard with flowers on it, I will admit.   Pass the pie, I'll keep thinking.

You can read Alan Guebert's full column "Feeding the world, but not talking about it" here
.
Posted by Larkin Powell at 9:09 AM