I was trolling through my emails on Tuesday evening, when
the following email popped up:

With the 2014 hunting season right around the corner, we are excited to share what we have to offer you at HUNTABC.com  [name changed].  We hope to make sure you have a memorable and successful season!

The State of Nebraska shared your contact information with us as someone who has hunted in the state in the past. We thought you might be interested in learning more about HUNTABC.com, and the exciting information and opportunities that we provide.

Well, that's interesting...my hunting license information was "shared" with an commercial entity?  How many of you were under the impression that your height, weight, last-4 digits of SS, address, and email, and credit card information might be considered public information to be shared with anyone who asks? 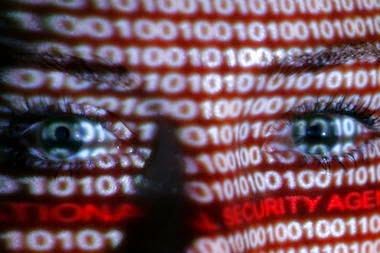 I know that had not occurred to me.  It seemed especially odd, because I remembered (and a friend confirmed by showing me a screen-print of the hunting registration web page) that I was told that my information would NOT be shared with an outside entity when I registered to hunt.

So, on Wednesday, I wrote a constructive email to Nebraska Game and Parks Commission to note my concern.  I noted that I had found a state statute that prohibited the use of election roles for commercial use, and I offered to help NGPC change the state statutes for hunting and fishing license roles in similar fashion.

Permit information has been public for years and as you have read, by state statue, it is public information so it is supplied on request to organizations or individuals wishing to view it or use it. It is not prohibited from commercial use. The language on the permits purchase section is being corrected by the State Office of Chief Information Officer.

It wasn't exactly the type of response I had been hoping for.  No apology for the completely false picture of security they had painted on their registration web site.  Everything, apparently, was my fault for being so completely ignorant of public records policies.  Regardless, I repeated my offer to NGPC to help change state statute.

Why am I concerned about this?  Why is this a potential nightmare scenario for state agencies?

Well, state agencies across the country have been trying to lure (pun intended) fishing and hunting participants back to "the fold".  The number of anglers and hunters has seriously declined in the past decades.  Millions of dollars have been spent on this mission--urban fishing clinics, hunter education workshops, Outdoor Expos, and more.

And, then, this out-of-state organization comes to Nebraska and asks for all of the names and emails (apparently that is all that was provided) from the hunting and fishing license roles.  By state statute, that request was approved (an internal memo at NGPC notes that no youth information was released).  Most amazingly, the company was silly enough to state that they had received my information from the state.  I guess that honesty is one saving grace...

Privacy issues are at the forefront of concerns of the American public at the moment (e.g., more are concerned about on-line privacy than terrorism).  All hunters and anglers were told, when they registered, that their information was secure and would not be released.  Will news of this breech of assumed security harm recruitment and retention issues?  I assume it will.  Will this make it harder for University researchers to conduct surveys of the public?  Sure it will--the first question we are asked during these interviews is "will my information be kept confidential?"

If NGPC was a company, I would move to a different company to get my hunting license.  But, I can't.

The best move for Nebraska Game and Parks Commission is to ask state legislators to pass a new statute that places license information in the same category as election roles.  There is no reason that hunting license information should be available for commercial use.  Period.