Do we need the constitutional right to hunt and fish? 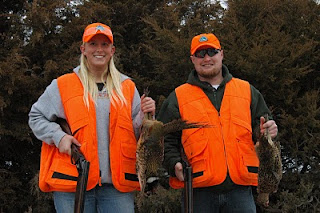 The Nebraska Legislature is currently considering a constitutional amendment (LR40CA) which would add the following line to the Constitution:

Fishing, hunting, and trapping are a valued part of the heritage of the people and will be a right forever preserved for the people subject to reasonable restrictions as prescribed by law.

Nebraska is one of many states who have recently taken up this discussion. In fact, Nebraska tried the exact same resolution in 2007. A long-time Senator, Ernie Chambers (since removed by term limits) argued the bill was not needed; to make his point, Mr. Chambers introduced a bill that would ban hunting and fishing. The logic: if the right to hunt and fish was precarious, Mr. Chambers bill might have a chance---although everyone knew it had no chance. And, that was his point...as predicted, Mr. Chambers' bill failed 'big time'.
The real question about this bill, in my opinion, is whether hunting enjoys a more hallowed ground than other hobbies and sports. Should Nebraska include a statement in the Constitution about the right to watch a Cornhusker football game, or wear red during the months of September, October, and November?!
There are people who fear that animal rights groups will begin to restrict rights to hunting, fishing, and trapping. Interestingly, as some colleagues of mine (including my wife) recently reported (Journal of Wildlife Management) after a survey of all states' wildlife agencies, "Despite recent efforts by anti-trapping organizations and occasional dissension among consumptive use groups, national trends in snaring regulations included less restrictive regulations through time."
Fears in that direction appear to be misplaced when one looks at the facts.
What do you think? I'm a hunter. I also participate in educational activities to expose today's youth to hunting (photo above). A constitutional amendment for hunting seems like voting for apple pie and all that is good. But, it also seems like a giant waste of time, to me. Do you agree?
Posted by Larkin Powell at 4:42 PM